One Teacher's Approach to Digital Citizenship

When I began teaching digital citizenship in 2010 it was an innocent time. We were only worried about the students believing all websites were real. I directed students to The Dog Island website, where you could pack up your dog in a crate and send him off for a week long romp on a beach. The site was very believable; pictures of the dogs, and even information about how to ship your dog. There’s other sites too; you can learn…

I finally understand what Parent Teacher Conferences are all about

I have parents coming into my classroom today asking how their child is doing in my class. They only have a 95, how can they get a higher grade?
Really?
This happens over and over again. I wonder why they're here. I don't think it's to make themselves feel better about how great their child is doing in school. I also don't think that they are very worried about the 95 not being a 98. I believe it's to show their child that they are fully invested in… 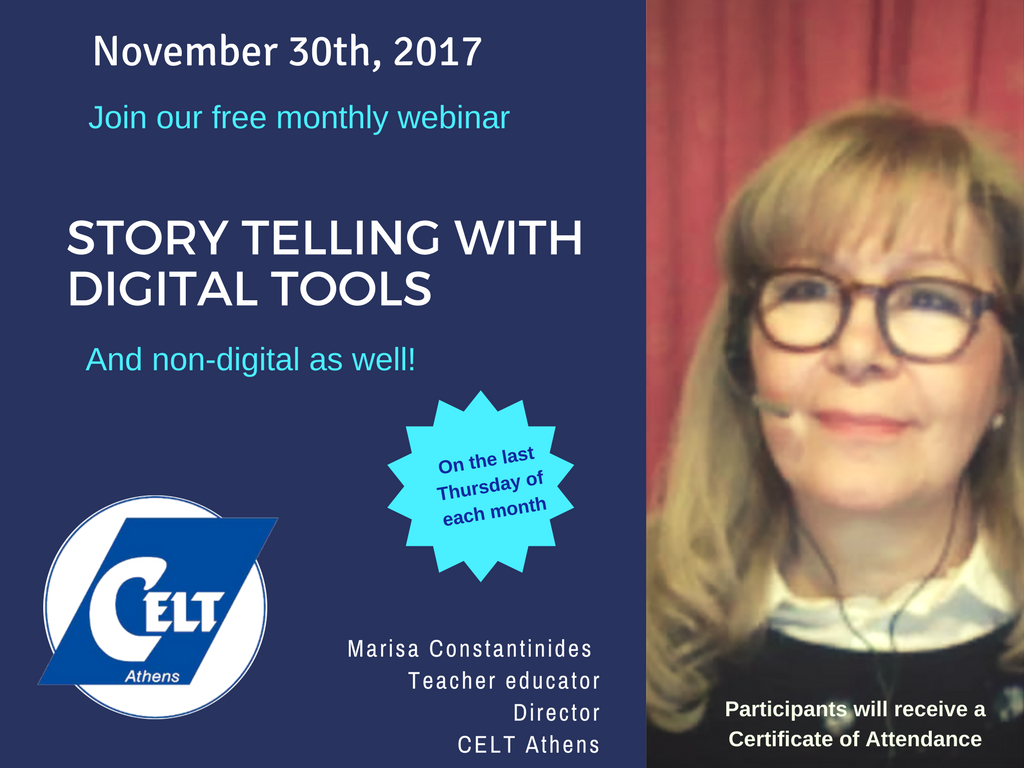 Technological advancement gives learners and educators the opportunity to utilize modern devices to acquire knowledge which now transforms how learners and instructors acquire and offer educational information respectively. However, some groups feel that the traditional form of learning is better than online learning which is becoming common in many parts of the globe. Learners and instructors should consider the merits and demerits of both platforms before making a conclusion on the most…

From a NYCSchoolsTech Facebook discussion, teachers offered their best practices on how to manage today's classroom. Here's what we shared.

Technology has invaded all spheres of our life – entertainment, medicine, science, banking... The list goes on, but let us go with education. EdTech is one of the biggest trends today that generates much money. According to Stratistics MRC, the Global E-Learning Market is expected to reach $275.10 billion by 2022. Big companies and small startups have understood that it is a gold mine and put much effort into…

I just became a member of Classroom 2.0! My favorite thing about this site is connecting to such diverse group of people so easily! It's such a great way to continue building my network and having great conversations to help me along the way.  I am a part of twitter and i have a blog, which are other great ways to connect with people and learn and bounce ideas off of each-other!  Some major benefits are that we can have great conversations with diverse ideas and opinions and learn from…

PLN Step 9 why I joined

I am now a member of classroom 2.0. I joined the instructional technology group because it is similar to the class I am taking. I think it is very interesting to see other people who are doing things like I am. I am not a part of any other networking groups, but I think this will be a good start to it. I am interested to learn more about it in the future. I am also interested to find more connections through this website.

Yes, I am a member of classroom 2.0, but so far I have only reached out to others. I have yet to hear back from them to continue a conversation since I just became a member. The benefits of a global networking site are to get to know others and view their perspective on different topics. It is a way to connect with others that you wouldn't normally connect with otherwise.

Hello, this is the trial post. Just to see how it works:)

Places, Online Spaces and People on our Cambridge Delta Courses

Click on the image to view an online slide presentation… 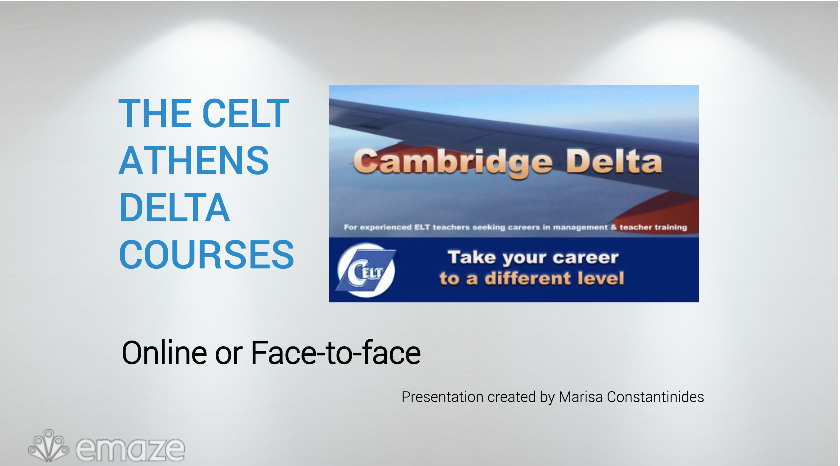 My tech lesson when the internet is down

You have a great lesson planned for today, and the internet is down. Your supervisor is lurking in the doorway, you can just smell the observation coming. What do you do?

You teach your kids how to create hyperlinks with just PowerPoint or Google Slides!

Begin the lesson with having the students create the first slide, a “Table of Contents” sort of slide. Mine looks like this.…

I recently earned my Google Level 2 Certification, and it felt great, but I'm just as proud earning my Microsoft Innovative Educator Expert Badge for this year too. I like to say that I'm bilingual: I speak Google and Office. Both prove I met certain requirements, but they proved it in different ways.

You can earn your Google Certification anytime you want, just pay the $25 and…

The Painful Sting of Failure

So, I took the Google Certified Level 2 Exam last year and failed it by 4 points. That stung.

I was embarrassed, I pouted, and felt sorry for myself. (Yes, my life is a living hell.)

But after a few hours, I got over myself and realized that this is a real learning experience. I thought about what failing feels like to my students. Do they feel the way I do when they fail?

The difference between their tests and mine was…

Wrapping up another year

I teach sixth grade, so I will be saying goodbye to my students in about a week. I'll see them in the hallways, but it won't be the same. They'll never be in my classroom again. That's weird to think about right now, when all I do is see them.
It has me wondering; did I serve them as best I could? Did I impart all the wisdom I could into their little brains? Did I ignite a spark, or reaffirm a defeatist attitude?
I have to be honest,…
Continue

Today’s world is a world of technology and education is not indifferent to it. We always suggest our teachers to use ICT in education. However, use of ICT in education depends on availability of hardware/software as well as the knowledge of effective use of this hardware/software. It can be said that the first part related to infrastructure is beginning to reach to the schools due to intervention of SSA, ICT@schools project and…